I may lose a few followers over this post but in the interests of candour and bearing my guilty conscience, it’s a sacrifice I’m prepared to make. Besides, I have such lovely followers I’m hoping they’ll humour me or judge me too harshly for my lack of moral fibre. (They may just think I’m being flippant, as I’m inclined to be). 🙂

I am single, something I don’t often mention in my posts as I’m a bit private – online at least. But since starting this blog and reading many blogs, I’ve realised that the ones I warm to most are those in which bloggers reveal things about themselves, sharing their lives and exposing their vulnerabilities.

We’re not all perfect “except for you and me and I’m a bit worried about you” (as someone once said), therefore it’s heartening to occasionally see each other’s weaknesses and vanities.

Back to me, myself and I. I am of an age which Oscar Wilde said was sure to elicit pity and certain defeat…or something equally crushing. (They were so ageist in the nineteenth century). Anyway, I’ve had two husbands (husband one I divorced and husband two I lost to cancer) and while I’m not knocking husbands in general, you get quite picky the more husbands you’ve had. I won’t deny it’s been difficult being widowed relatively young, but there’s no point in wallowing. Basically after two husbands, I’m in no hurry to acquire a third hubs. So, apart from the episode with my hot Italian lover, (fact or flippant?) I am alone.

Enough lead in, onto My-Friendly-Stalker. Everyone knows I have two dogs, one Kelpie and therefore hyperactive maniac, the other, Baby Blossom (hyperactive maniac puppy). In order to prevent said dogs from:  a) harassing me day and night and b) destroying the house and garden, I run every morning at the dog park. This works for us by giving me the illusion of health and fitness, and them the reality of fun. 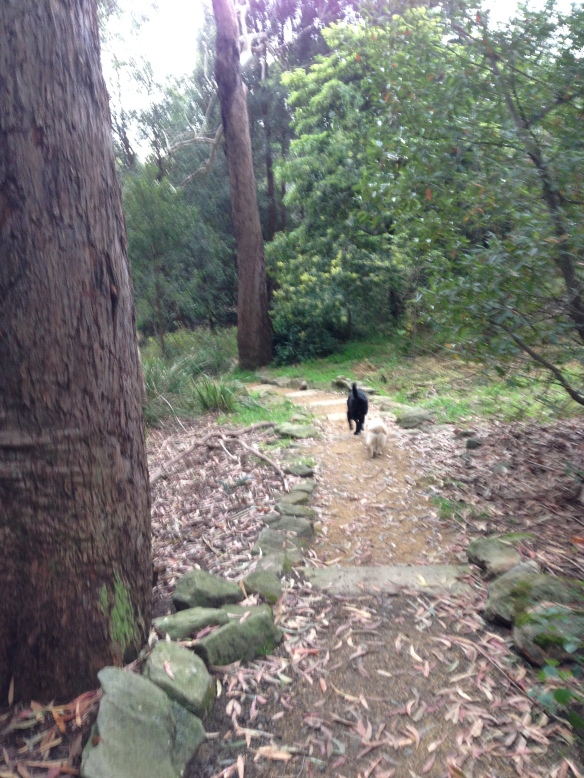 I’m getting to the stalker bit. Lately at the dog-park I’ve encountered a  man who flirts with me. I wouldn’t normally write about someone flirting, I’d just abandon myself to the experience. HOWEVER this  Lothario is not just married but married to a lovely dog-walking woman.

The art of flirting is an old one. A hang-over from bygone days before one night stands, hook-ups and sexting allowed everyone to indulge in a no-holes-barred kind of courtship. It’s all about the hint of attraction  – nothing stated or expected, yet everything implied. It’s a study in understatement, in the allure of temptation. 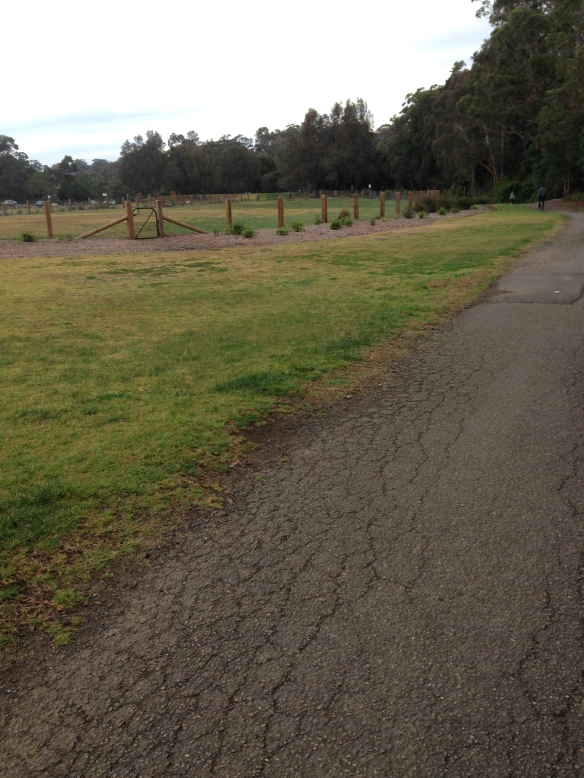 Oscar Wilde said on flirting: “A woman will flirt with anybody in the world as long as other people are looking on.”  I realise I am obsessed with that man but he is gay and dead – so it’s a lost cause 😦

Oscar’s observations may have prevailed in London society in the late nineteenth century, but this is not the case in Sydney dog parks in the twenty first century, where unfettered flirting is taking place discreetly, as well in open spaces.

I have since dumped my friendly stalker twice, although he is oblivious it. I’ve varied my times and entered the park from a different spot to avoid him, encountering the wife and chatting amicably to her! Yet when I run into My-Friendly-Stalker he continues to flirt shamelessly, undaunted by references to wifey.

I tried and failed. Nothing inappropriate has occurred: No leering (under different circumstances, I’m not averse to a little leering), no impertinent questions or comments. No suggestions for coffee, drinks or detours onto the bush track (and there is a well-camouflaged bush track).

So, dear readers, what do you think? Should I surrender to these very innocent tete-a-tetes at the dog park, with impunity? Surely it’s a mild form of entertainment hurting no one (though I’m well aware of mind cheating). If I’m truly honest, I would not like my husband/partner/lover to engage in said flirting with anyone other than me.

Shall I find another dog park? Bear in mind this one is very convenient and time is a factor…must rush back to prepare for work. Of course, I can be rude or curt to My-friendly-stalker – avert my head, blank him, jog straight past him…

What do you say, condemn or  condone?

Postscript: My second last foray to dog park involved light banter with Friendly-Stalker’s dog-walking bestie. Not prime flirting per se, but enjoyable banter (a slippery slope perhaps?) And yesterday’s visit to the dog-park involved a pleasant convo with a random dog-walker whose dog was a replica of my own. I’ve concluded that I am very  flirty by nature. Basically if it wears trousers and doesn’t have two heads (sorry to anyone out there with two heads but I must draw the line), I will morph into a  flirt. Unfortunately, as I alluded to in my last post about Blossom, ho-bagness does run in our family.

Heading to new gym equipment to work out now (dogs, not me).

BTW there’s a lot of wit going down at the dog park. Today a dog-walker compared his alpha male dog to Vladimir Putin. It reminded me of Ed’s recent post with Rocky Tones and Putin in the ring. I feel the dog-park is the new  rendezvous  – a previously untapped source of diverting entertainment (and not just for the dogs).

So, a philosophical observation and to quote Alanis Morisset, Isn’t it ironic that the flirty encounters occur in the dog park, wearing parka and leggings rather than  glammed up with heels and eye-liner in a night club?!

Addendum: Just back from the dog park with some hot gossip. While all dog-walkers agree, “Whatever goes down at the dog-park, stays at the dog-park”, I had to share this: A dog-walker, let’s call her Belinda (real name rhymes with this), just revealed a shocking case of  sexual harassment at the dog-park. Under normal circumstances, I’d never make light of this behaviour but flirting is one thing, molestation quite another. Apparently, a dog-walker, let’s call him Ranko (real name rhymes with this), grabbed Belinda around the waist and rubbed against her – laughing and making strange noises (which my sense of propriety prevents me from divulging).

I now realise I’ve had a lucky escape. For better or worse, no one has grabbed me at the dog-park, let alone the rest. But then I am running and they’d have to be very  cleverly flirty to make me stop! 😉

Tell me, have you flirted lately? Please explain…

Joining Emily’s Monday Laugh Link up and adding my linky to Jess’s IBOT (if it’s not impertinent to link twice!) 🙂

My Tweets
Follow Is it just me? on WordPress.com